So the sun does shine in Ireland.
A pleasant 30 min walk along the river in the sunshine to Kilkenny castle. This was owned by the Butler family for 550 years, but it became too expensive to run. So some years after selling off the furniture it was sold to the people of Kilkenny for £50.
During the extensive restoration some medieval foundations were found plus evidence of even older occupation of the site.
The house has been furnished with items of the period including some nice examples of tapestry large and small. 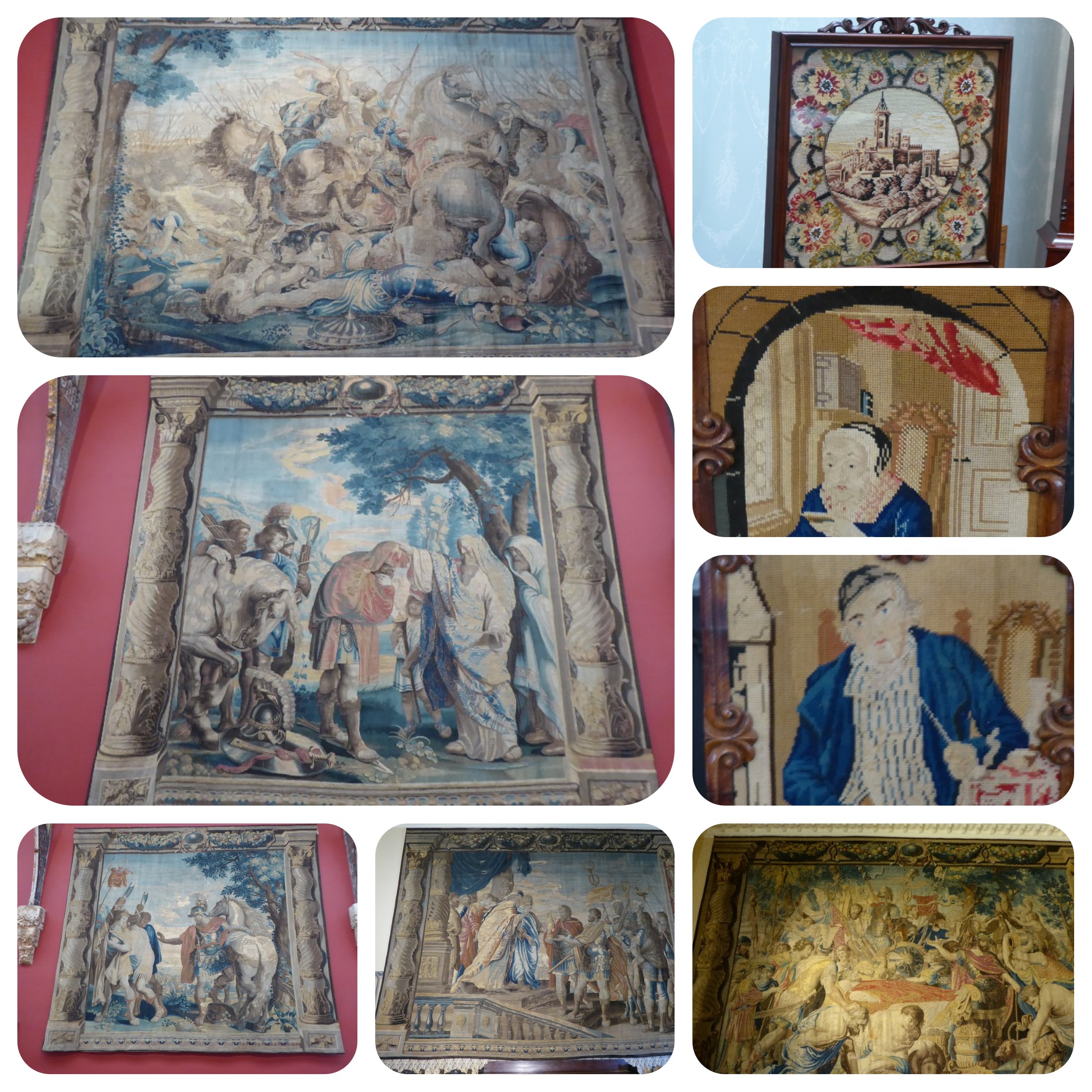 Kilkenny is apparently known as the Marble City, but we couldn't find out why, so Brian asked one of the castle guides, who explained is because of the local black limestone which when polished looks like marble.

Because we didn't have to pay an entrance fee as we are manners of English Heritage, we felt we should stop for tea and cake in the cafe. It was very nice, although the tea was a little weak.
So onto another old building the other end of town. St Canises Cathedral said to be the second longest in Ireland and a place of worship for over 800 years, through plague and reformation. 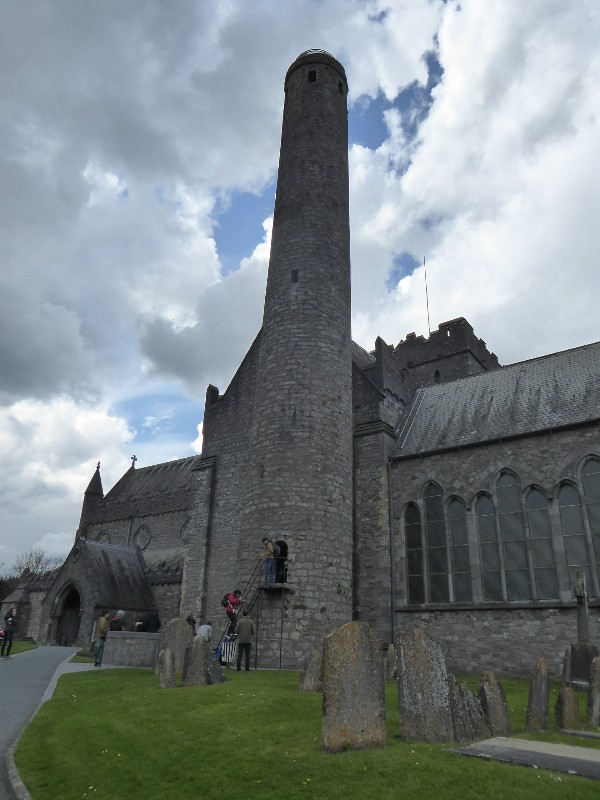 It is a renowned concert venue and we were lucky to hear some rehersals for a Haydn concert whilst we were looking round.
Time for tea, and guys what is raining so we'll just have to revisit a pub until it stops.
That worked and we were rewarded with a lovely sunlight view of the castle on the way home. 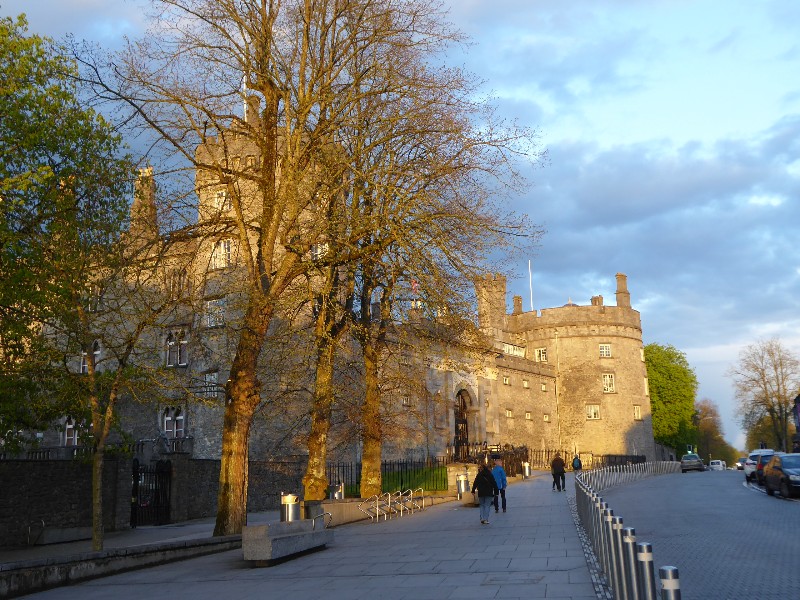 The sun is shining and we had hail. We are traveling today slightly North East. The campsite we have been at, Tree Grove, just outside Kilkenny, had almost every hard standing pitch full last night. The sun and weekend has brought people out. We

A soft start to the day in Kilkenny. Soft is the Irish description for light rain. So we waited a little while before we started the 25 min walk into town. On the way we passed this boundary plaque erected by the mayor who