Derry/Londonderry day two.
We take the highly recommended Martin McCrossan walking tour of the walls of Derry. Well that was is original name until the mid 1600's. It was a very good tour, warts and all explanation of the city by a wonderful guide called John, who could walk backwards and tell a story at the same time.
There is already a number of accounts on the internet about James I giving Derry to the mainly Protestant Guild of London in the early 1600's and the following carving up of the surrounding lands into plantations.
Then in 1689 the Catholic James II tried to take the city back, and 13 apprentice boys locked the gates, there was a seige, a lot of died of starvation and now the apprentice boys march twice a year.
Then in the 1960's Londonderry people hoped to emulate the civil rights protests taking place in the USA. They wanted votes for all adults, at the time in NI you only had a vote of you owned property and had one vote per property, so if you had 6 properties you had 6 votes. They wanted equal job opportunities regardless of religion and better social housing for all. 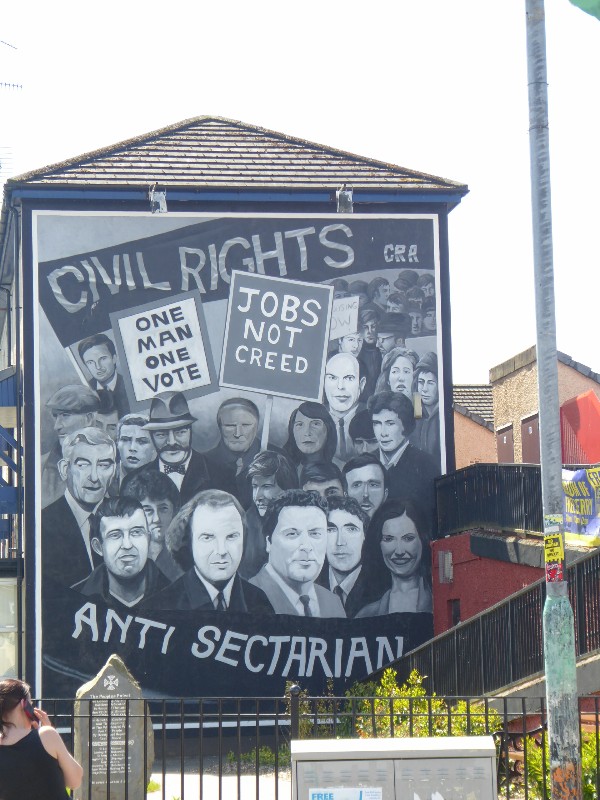 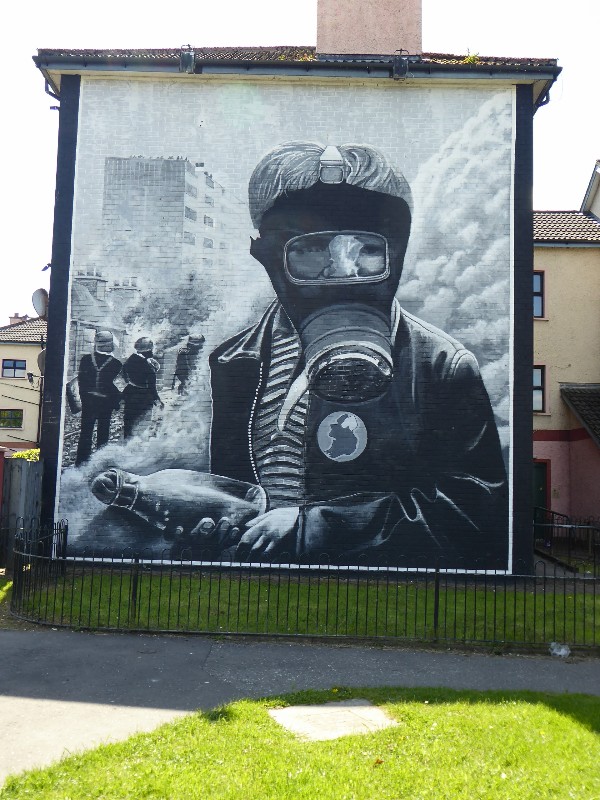 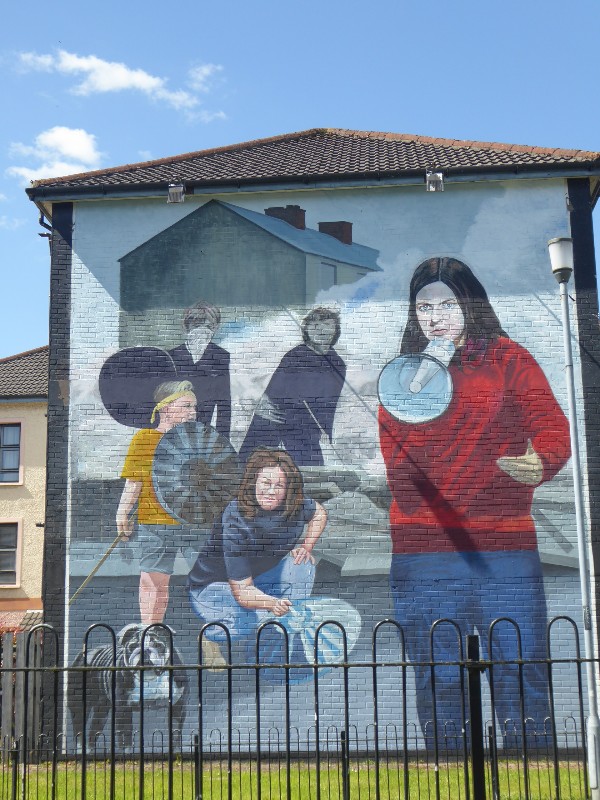 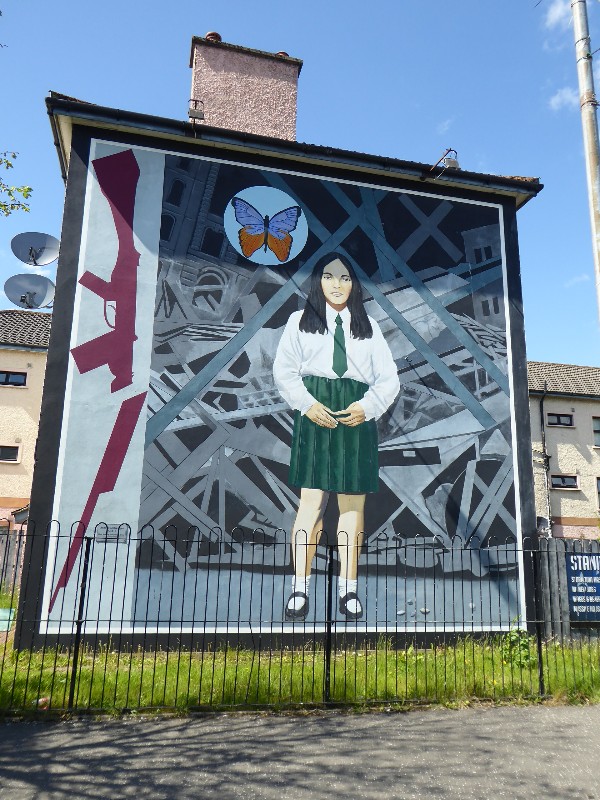 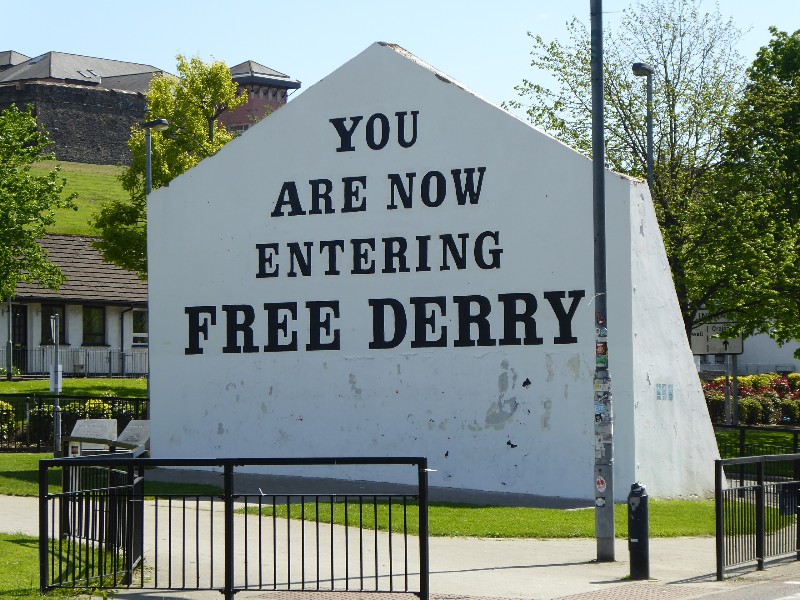 Unfortunately things went wrong, and a second enquiry has concluded that the original match and following riots were badly handled by the British Army at the time.
Now it is quite safe to walk through the Catholic Bogside area of the city and see the murals. And many of the people we talk to are happy with the peace and hope it continues. 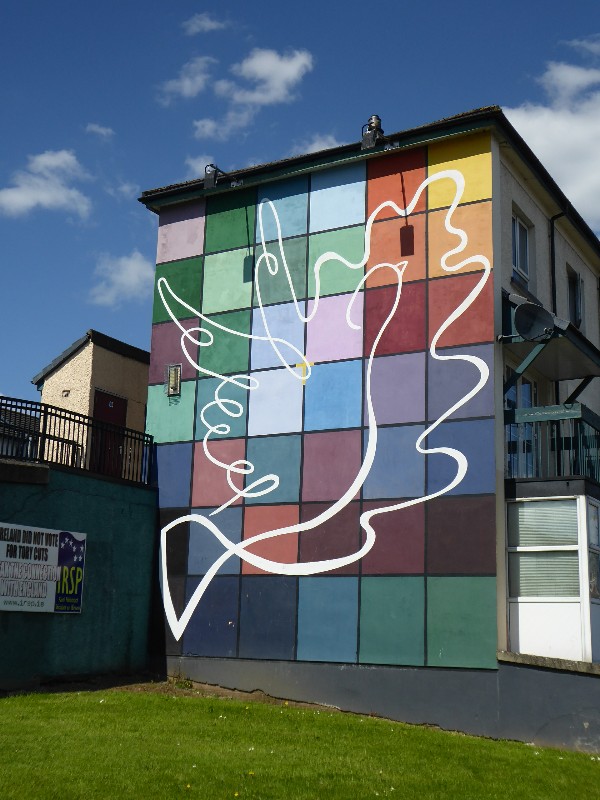 the peace wall in the Bogside 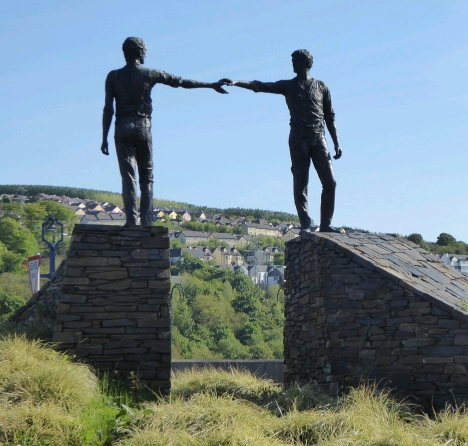 A peace statue on a roundabout

When we get back to the campsite we are slightly worried to see two police cars leaving the site. The occupants smile and wave as they leave, and they owners assure us they were just giving them some advice about CCTV cameras. Apparently 20 years ago they wouldn't have venue so closet to the border. 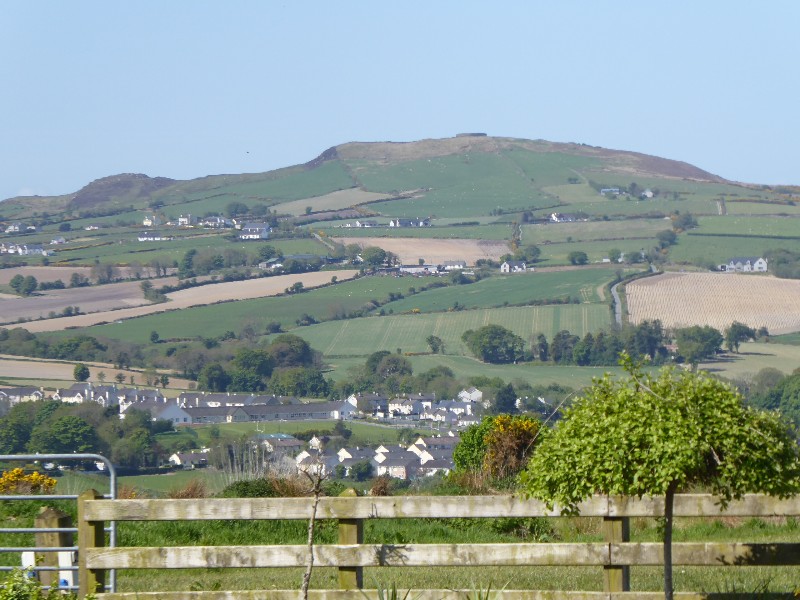 our view from the campsite 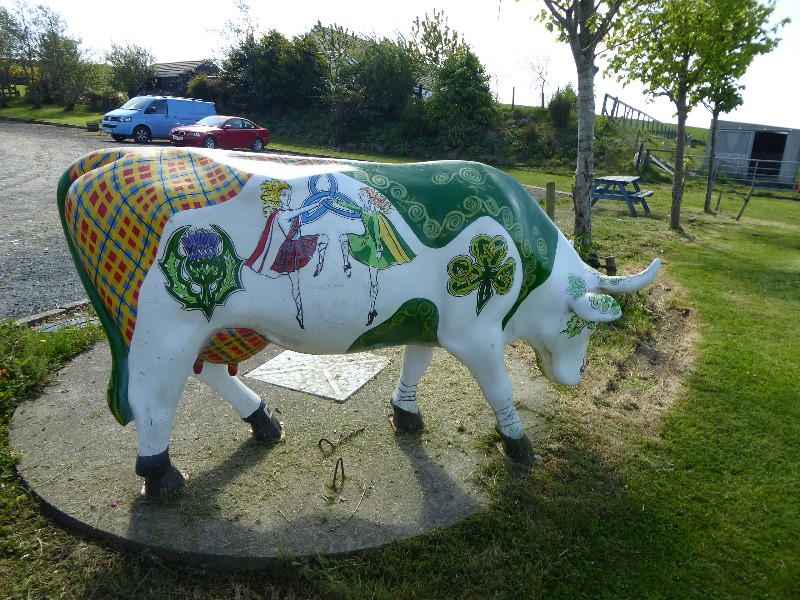 We have met some lovely people here and I hope they all continue to live in peace.

Shipping Forecast. Those who like me, were brought up with the shipping forecast on the radio, you will understand why we just had to visit Malin Head. It's the most northerly part of Ireland and has also had a listening post for shipping and

Derry/ Londonderry Peace bridge designed so the arms come together from various vantage points. The Guild Hall, with wonderful stained glass windows and a pipe organ that anyone who knows how to play can do so. And a very informative exhibition about how the