Away to the coast.
So last night first! We eventually went back to Anderson's Thatched Pub at about 9 having phoned to check it was going to open as the we still cones across the entrance to the car park. 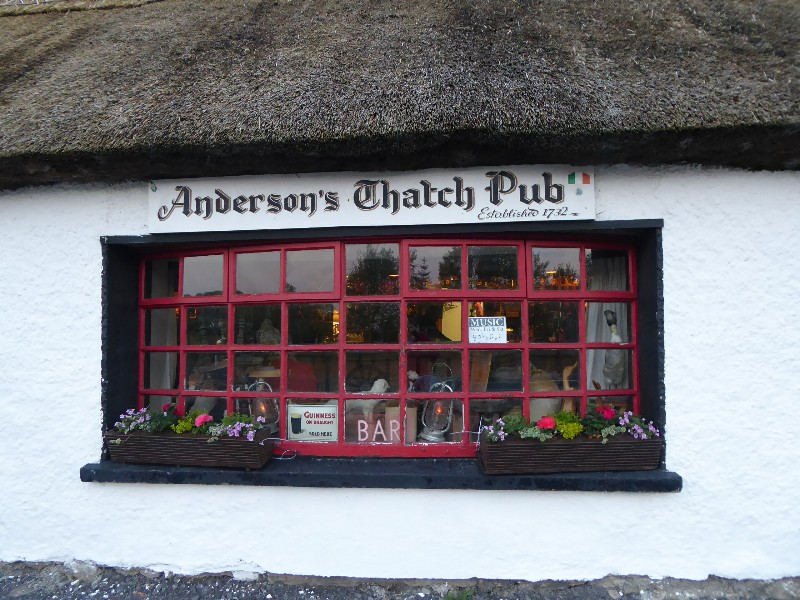 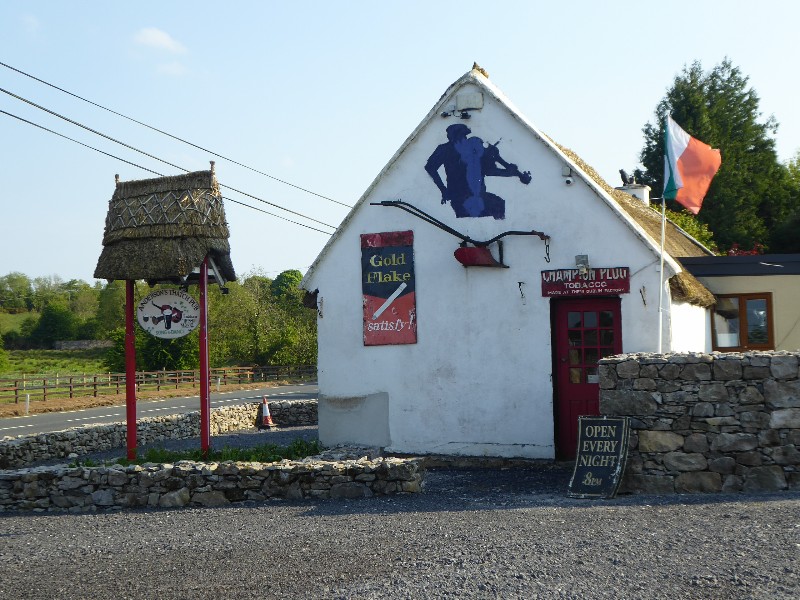 By about 10pm, Gene, the owner has returned from playing golf and the pub is beginning to fill with tourists and locals and musical instruments. Mind you the pub is full of objects and would probably make a well stocked antique shop. 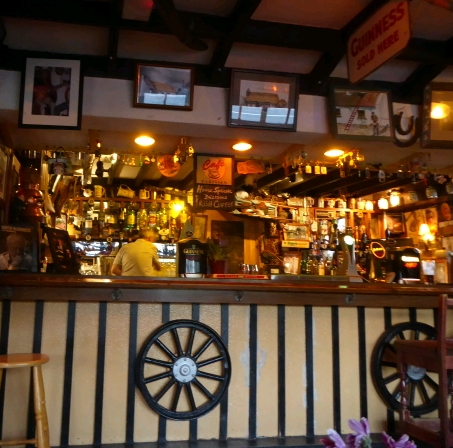 The evening was great fun with lots of singing and dancing - yes we joined in - until about 1am. Good job we only had to walk to the car park.

Gene, played fiddle, flute and accordian during the evening. 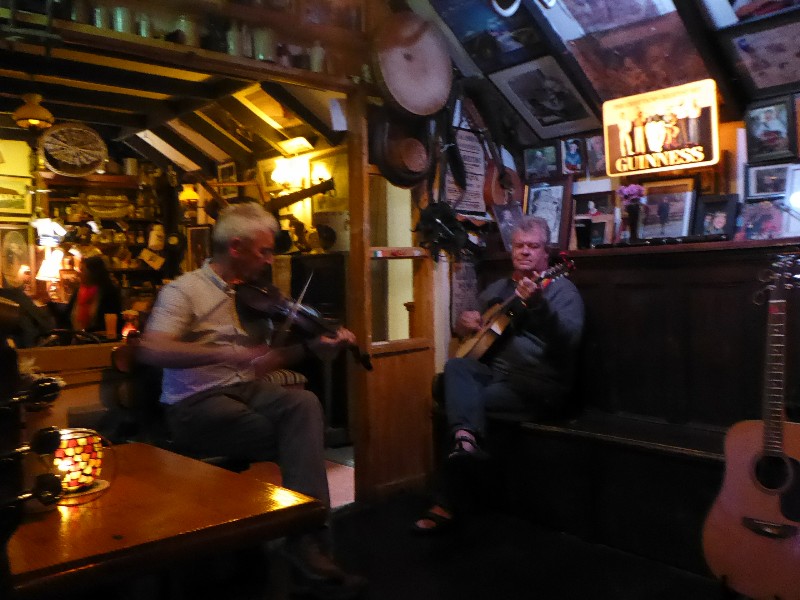 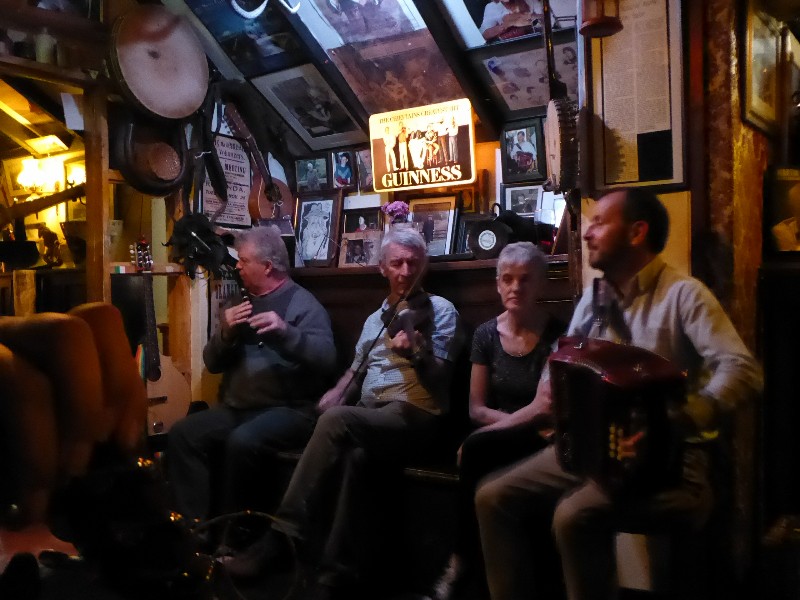 Today we travelled across to the coast through some interesting scenery. I managed to photograph some peat drying. 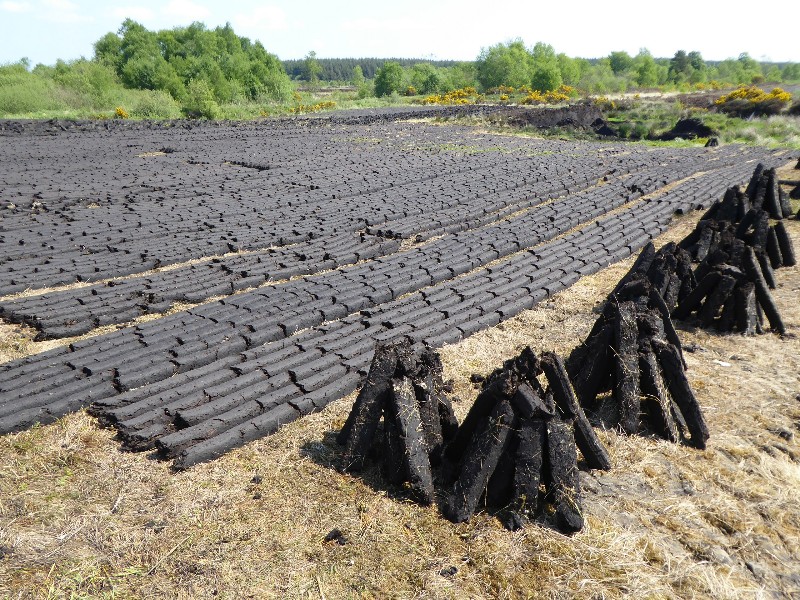 I didn't realise Ireland had so many large lakes. This one looked very like the Bay of Islands in New Zealand. 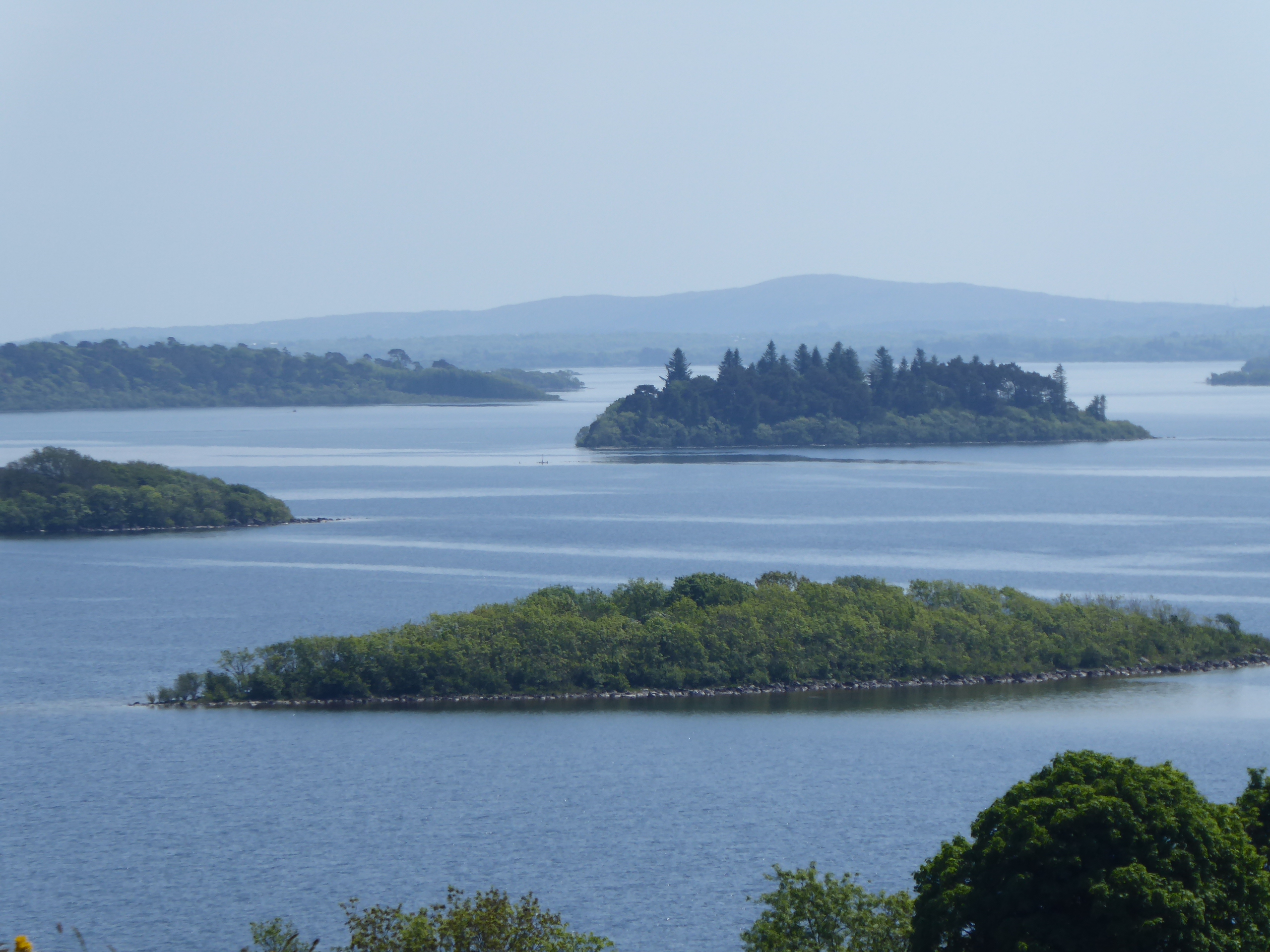 We passed through Clifton, and the spot where Alcock and Brown landed after the first Atlantic flight, and Marconi sent messages to Newfoundland.
Unfortunately our first choice of stop tonight was having work done on the carpark, so no spaces. But I think it alternative is nicer. 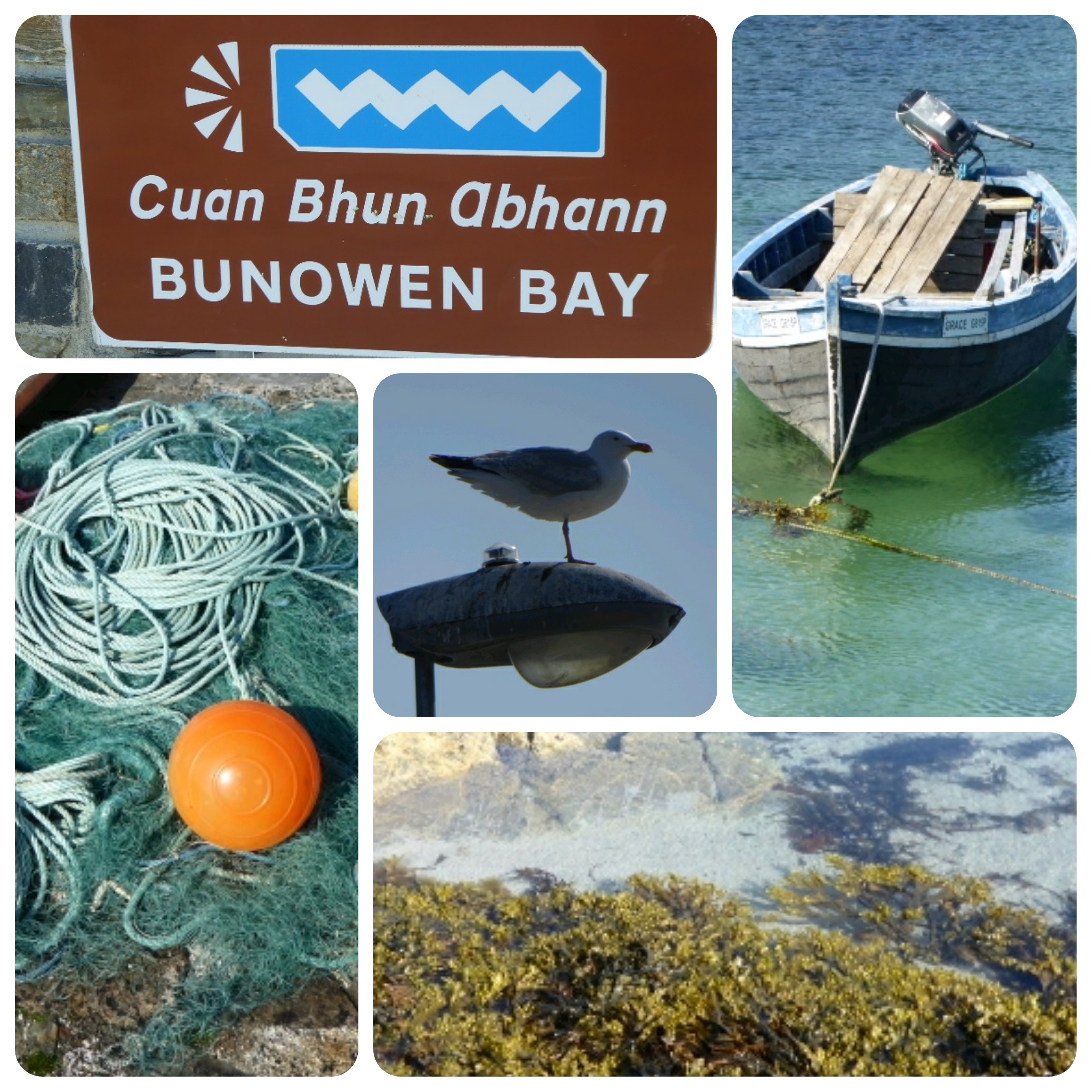 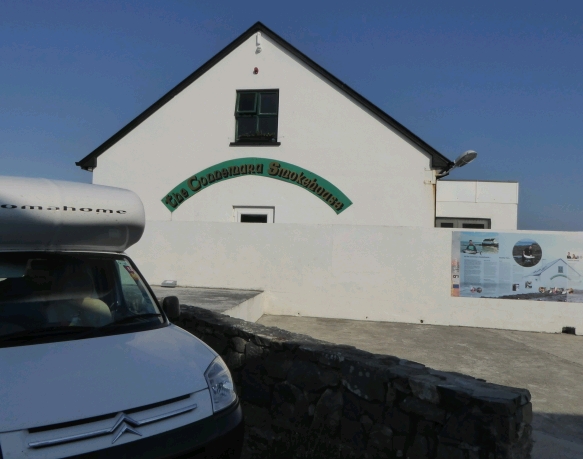 Beside the seaside. We visit the smokehouse and but some organic smoked salmon and get details of how to order online. It's not as cheap as Waitrose, but it's farmed at sea with no extra chemicals or anti biotics. Then to the pub where

Down the mine. We have a slower day today so start with coffee at the hotel. Our first stop is Michael Colman Irish Music Centre at Gorteen. A wonderful resource and museum with examples of the various Irish musical styles. Brian bought a cd,