Free history.
We leave Knock for the National Museum of County Life. A wonderful museum that's free to all in expansive grounds that we didn't have time to explore. In1930 the Irish government realised that they were in danger of losing all its everyday history as well as it's language. So a museum was set up and some crafts were filmed and documented. The residents of Aran were asked to produce a set of clothes for the museum. Although there styles are from Aran, they represent the style of clothes worn by everyday people in the recent past. These are the ones for children. 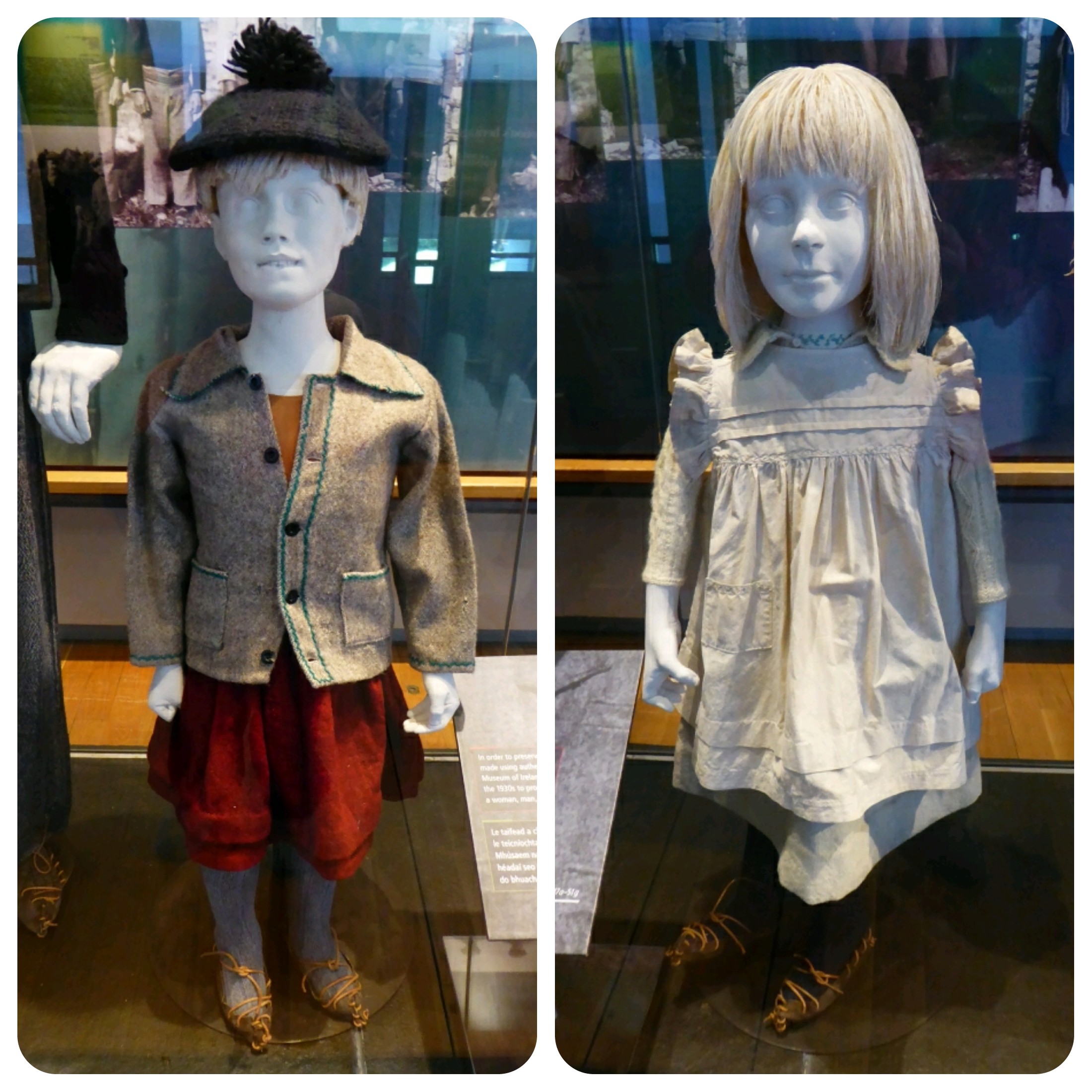 The are new made especially for the museum, in reality the clothes would probably been worn and passed down until they feel apart. Hence very few museums have examples of everyday wear.
The museum was very well put together documenting everyday life in Ireland and the festival's. All the displays were interesting with items of everyday life donated or made especially. I was amazed to see so many examples of items made from straw. Especially this chair. 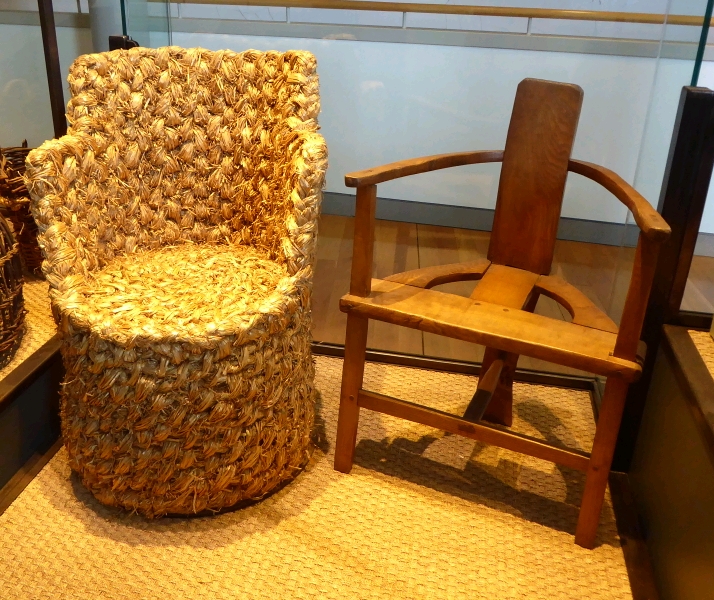 Of course this is another medium which doesn't usually lend itself to longevity.
One new fact we learnt was that honey or golden syrup was used to napp fabric. That is coated with the substance and then ' scoured' to make the fabric 'fluffier' and warmer. There was mention of knitting and lace making with various Aran items. I felt the shop was missing out, as it sold balls of wool but not pattern leaflets. I think I will suggest that.
After a very quick visit to Foxford Woollen Mill which was more a retail outlet for people with more spare money than us, we went for a drive round Nephin mountain. The second highest in the area at 806 metres. 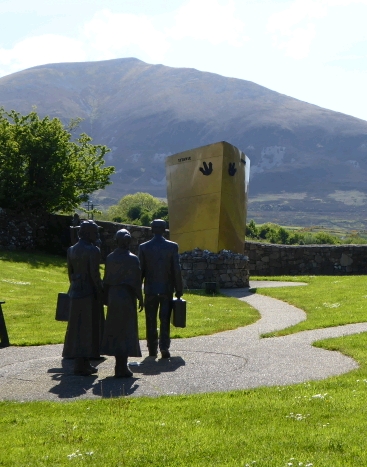 We then came across Lahardaun a Titanic village! So we had to stop, right by the memorial park. A new one for us. Apparently 14 of the 200 inhabitants set off on the Titanic, but only 3 survived. So there is a lovely memorial park to their memory. 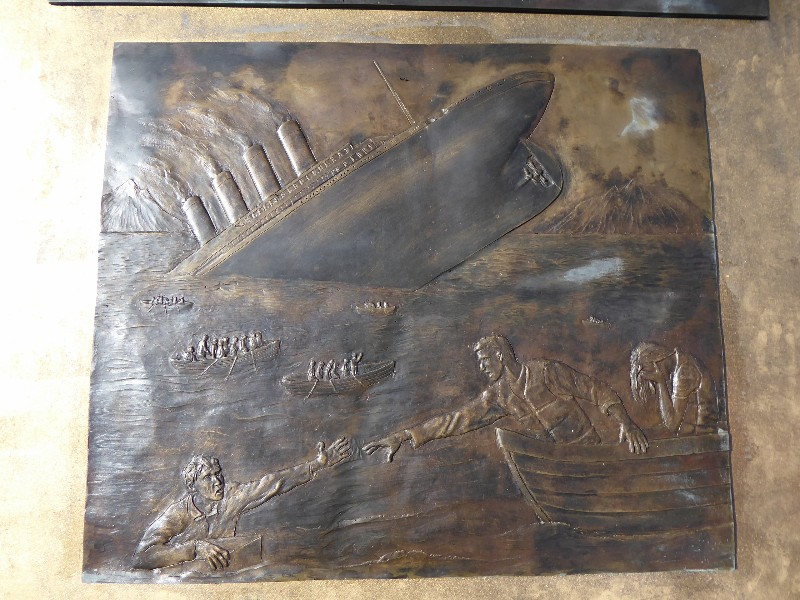 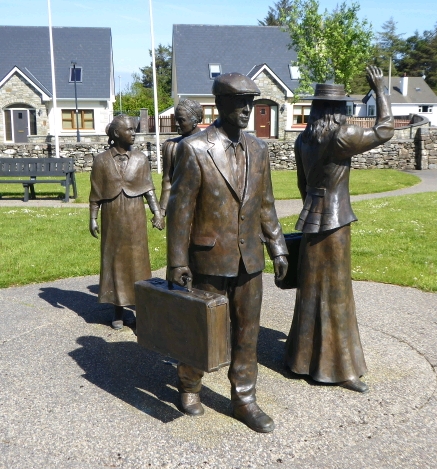 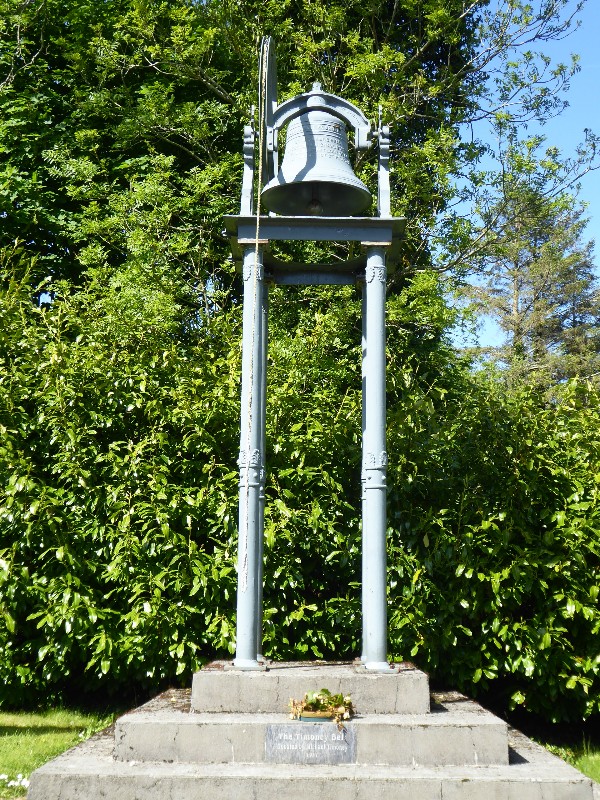 The bell in the grounds of the local church is ring each year in commemoration. 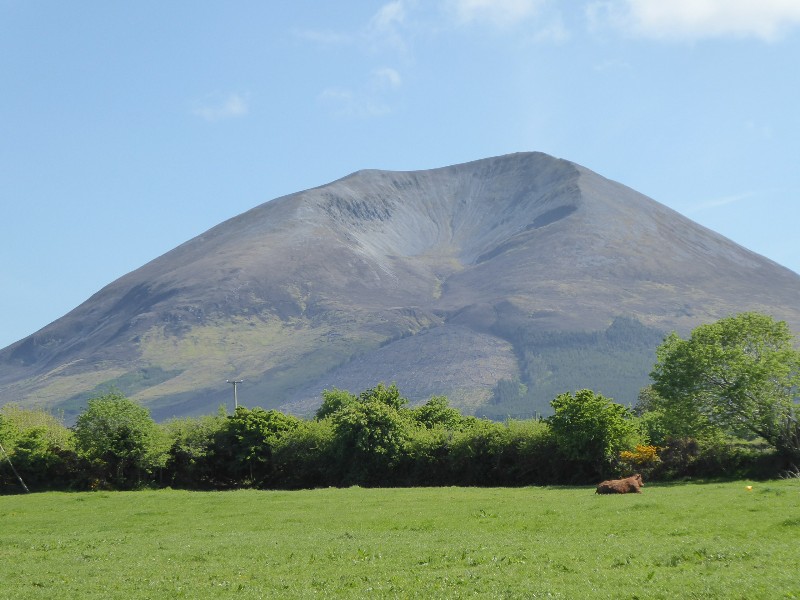 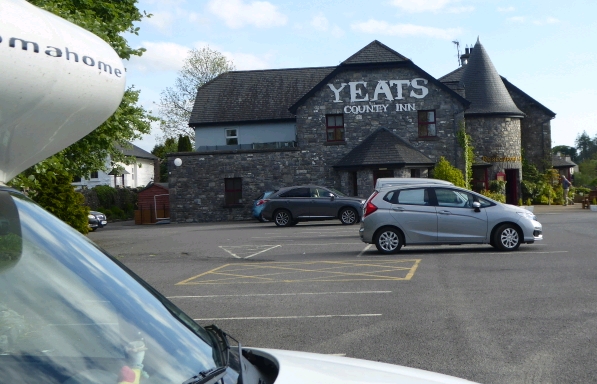 Down the mine. We have a slower day today so start with coffee at the hotel. Our first stop is Michael Colman Irish Music Centre at Gorteen. A wonderful resource and museum with examples of the various Irish musical styles. Brian bought a cd,

Rain and sun. Last night was quite late even though the was no music at the pub, but we have ideas of places to visit as we are staying longer in the area. Then rain continued overnight, so we drive to Carrick-on-Shannon to wonder